Cognitive Behavioral Therapy for a child with ADHD (509)

What is Cognitive Behavioral Therapy for an ADHD Child?

“ According to the National Institute of Mental Health (2017), The prevalence of ADHD is rising at 11% among children in the USA.”

If you are one of those who are worried about your child’s impulsiveness and distracted behaviour, then stick to this article till the end. Because you are not the only one, there are numerous cases of children with poor school performances due to ADHD “Attention Deficit Hyperactivity Disorder.” 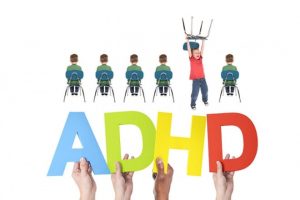 What is ADHD all about?

First of all, ADHD only stands for Attention Deficit Hyperactivity Disorder. And it is a type of Neuropsychiatric Disorder in children that induces unnatural impulsive behavior. Therefore, people with this type of mental illness have trouble focusing on a single task.

Although it’s a very common disorder among children above the age of 6, it can happen to anyone and at any age. Thus, according to the study of Polanczyk et al. (2007), the existence of this disorder in children (4–5%) was much higher than the adolescence (1%).

However, due to avoiding the symptoms of ADHD, a child can develop a much higher risk at adolescence age.

The reason behind having ADHD in your child:

Many parents believe that ADHD happens due to a poor parenting style. However, it is majorly caused by genetic factors and heredity. So, stop using a harsh parenting style and get a simpler way to treat ADHD with non-medical therapies.

Research has shown many things may cause ADHD. Some are listed below: Symptoms of ADHD in your child

ADHD symptoms in children are highly genetic. Where 76% contribution of genetical factors to phenotypic variance (Faraone et al., 2005). For instance, your child may be less interested in studies and more active in extracurricular activities.

There are many symptoms associated with ADHD, and these are the most common signs listed below:

If you doubt your child having ADHD, they may have these symptoms. You need to notice them.

There are three types of ADHD presence by the American Psychological Agency (APA). These are predominantly inattentive, predominantly hyperactivity impulsive, and a combination of both: 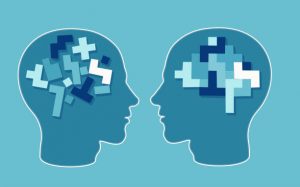 ADHD is a neuropsychological disorder which means only mind-related therapies would work wonderfully.

But we can’t ignore the fact that Psychiatric experts claim that CBT is an amalgamation of medical and non-medication treatment to suppress the risk of ADHD (Vidal et al., 2015).

Besides, there are several combinations of behavioral therapies and medication to deal with ADHD. But they only can help in dealing with the disease and not cure it properly. And the most popular one is Cognitive Behavioural Therapy.

Cognitive-behavioral therapy (CBT) is the most popular form of behavioral treatment for children with ADHD because It doesn’t have any side effects. However, there are some medical treatments that involve Stimulants like Adderall or Ritalin.

However, a professional therapist can teach the children how to express themselves with their thoughts and feelings without being impulsive or hyper towards other people.

Moreover, parents can help their children in this process by rewarding them for their positive behavior.

According to the report published in the Journal of Clinical Child and Adolescent Psychology (2018), 47% of ADHD children between the age of 2 to 5 years take only behavior treatments. At the same time, 30% of children treat their ADHD symptoms through medication only.

And there are three types of ADHD which several reasons may cause. However, the prime cause of ADHD is genetic.

If your child has this disorder, you can help them deal with ADHD by adapting Cognitive Behavioral Therapy, which is the most popular way to deal with it. As the cases are at increase, most people get ashamed to open up on the topic.

Thus, there is nothing to be ashamed of if your child has ADHD. You must go to a professional therapist and deal with this problem. Otherwise, it can cause problems in adulthood too. On the other side, if you are looking for medical treatment for your ADHD child then consult a doctor before making a purchase from an online or offline pharmacy